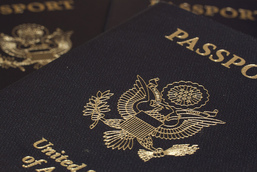 I was recently approved for the Global Entry program, and felt obligated to share how painless the process was. For the uninitiated, Global Entry is a program that allows travelers to “expedite” the immigrations/customs process whenever they arrive to the US from a foreign country. The cost is $100 for 5 years, and there are some credit cards that offer a reimbursement on the application fee.

Even if someone may only go out of the country once a year, it’s still a program that is worth it. One hectic experience during international arrivals can make anyone hand over that $100 with quickness. Also, it comes with TSA Precheck, which is normally $85. Might as well just spend an additional 15 and get Global Entry!

I applied on Sunday, December 20, 2015. The application was pretty simple. I had to provide my passport and driver’s license information, 5-year employment history, 5-year residence history, and 5-year travel history for any countries beyond US, Canada, and Mexico. The application also asked those random questions about being convicted of a felony, being in violation of laws, etc. In total, it probably took me an hour to complete the application, but that was just because I’ve had multiple employers and multiple addresses in the last 5 years, so I had to spend time recalling and researching phone numbers and addresses. A “normal” person who has lived at the same address and worked for the sample employer long term will probably only need about 15 minutes.

I was notified of my “conditional” approval via email three days later on Wednesday, December 23, 2015. At that point, I was instructed to schedule an appointment at an enrollment center. Scheduling the interview (not actually completing the interview) must be done within 30 days of receiving the conditional approval.

On that Monday morning, I woke up early and took a 2.5-hour drive to Houston. My appointment confirmation provided clear directions on where the office was located within the airport, and I didn’t have any issues finding it. I had to bring my passport, driver’s license, and a copy of my conditional approval notification. The entire process was 6 minutes. Seriously, my appointment was scheduled for 2:00 pm, The agent saw me at exactly 2:00 pm, and I walked out of the office at 2:06 pm.. I burned an entire tank of gas and had to pay $3 in parking fees for less than 10 minutes. It took me longer to find a spot in the parking garage than it did for me to actually be interviewed.

The agent took my picture (yes, I did spend extra time on my hair and makeup that day in preparation for this), fingerprinted me, confirmed my address, and asked if I had ever been arrested. That was it. My card was supposed to arrive in the mail two weeks later, but I was able to participate in the Global Entry program immediately with the use of my 9-digit membership number that was provided the same day as the interview via email. The card may be sitting in my mailbox now, but I rarely check my mail. It expires in 5 years on my birthday.

I was so excited about using it! I already had a trip to Belize booked for a couple of weeks later, so I had to go back to the reservation and edit my travel information in order to add the known traveller number. This provided the notification on my boarding pass that I was eligible for TSA precheck. There are never any lines to skip at my regional airport, but I appreciated not having to take off my shoes and walk on the germ-infested screening floor.

When I returned from the trip, I strutted off the plane and to the immigrations area of Houston’s airport. I noticed the signage for Global Entry right away, and headed to a kiosk to scan my passport and fingerprints, take a photo, and answer questions for customs. The kiosk printed a receipt that I handed to an agent who glanced at it, asked where I was coming from, then sent me on my way. I gave the receipt to the customs agent without having to pause and to speak with him, and that was it. I was done in less than 5 minutes without any hassle. This went more quickly since I’m #teamcarryon and didn’t have the extra step of obtaining my checked luggage from baggage claim. I also didn’t have anything to declare. I glanced at the ridiculously long immigration line on my way out, and just knew that Global Entry was money well spent.

So yeah, Global Entry is bae.