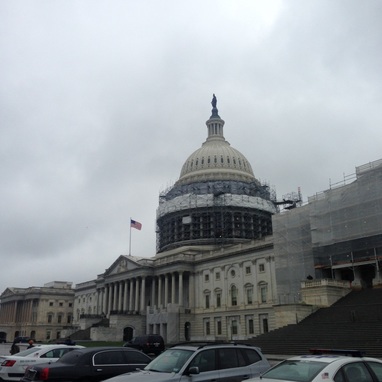 Despite the fact that I have family in the city, I have never been to D.C. I stumbled upon an interesting lineup for a festival in the capitol, and considered visiting for the first time. I bought the ticket the day they went on sale without even thinking! Ugh, it’s like that sometimes. I need better self-discipline. The money I budgeted for new eyeglasses went to Broccoli City Festival instead. A few days after buying the ticket, I realized I had something already planned that same weekend. I was supposed to see Lauryn Hill on Sunday in Houston, and BCFest was Saturday in D.C., but I don’t reside in either of those places!

Somehow, I made it all work out, and I left for D.C. on Thursday evening. After a lot of running through airports and near-missed connections, I hopped off the plane Thursday evening to temperatures in the mid-40s. Yo, I did not plan for cold and dreary weather. I was wearing the only long-sleeved item I had with me, and I didn’t have anything I could use to pull my hair up in case of frizz.

My Airbnb was in the Historical Anacostia neighborhood of D.C. Apparently, that is the sketchy part of town, but I feel like I spent most of my life in the sketchy parts of town. I can survive. That’s where all of the fun is. When I reached the neighborhood, there wasn’t much going on. I guess I expected people to just be hanging outside on the corner doing nothing, but things were kind of bland. Save for a few dilapidated buildings, it was generally nice older neighborhood.

My Airbnb hostess wasn’t available to me, so I had the entire home to myself for the weekend. There wasn’t much time to enjoy it because I spent most of my time out and about. I started Friday morning at Founding Farmers with chicken and waffles. I wasn’t expecting to eat very good food in D.C. I mean, I’m from Louisiana. We’ve perfected comfort food. The chicken and waffles were decent. It’s an overrated meal in general, but I left satisfied.

I spent most of the afternoon wandering Capitol Hill, Library of Congress, and the Native American Museum. Honestly, I only went to the Native American Museum to use the restroom and kill time, but I thought it was interesting. The amount of information and artifacts was a bit overwhelming for me. The Capitol Hill tour was a waste of time in my opinion since I didn’t leave feeling any more informed than when I arrived. Also, part of it was being remodeled.

I got dressed for the evening and grabbed some dinner in Anacostia at Caribbean Citations right before I made my way to Trap Karaoke at Blind Whino. Blind Whino is an old church that was transformed into a beautiful art space. I arrived to a line that ran from the front to the back of the building. The event notification email recommended that I arrive early, but I really don’t know what it’s like to be on time these days. I stood in line and every once in a while, the wind blew ever so slightly enough for me to realize that I smelled like curry because I stood inside a Jamaican restaurant too long. FML. At some point, it starts to drizzle, so the line starts to move a little faster. All in all, it takes 30 minutes for me to get into the building.

Listen, Trap Karaoke was so hilarious and so necessary. This event really was a whole new level of blackness, and I had such a great time. Just having a group of black people yelling “we gon be all right” a la Kendrick Lamar was the highlight of the evening. Bruh, it was LIT! I’m keeping my eyes open for when it hits Houston or New Orleans. A bunch of black people rhyming to UGK, old school No Limit, and Hot Boys? Where do I sign up?!

There was a couple that ruined Biggie and Lil Kim’s “Get Money.” The dude hopped on the stage with full confidence and rocked Biggie’s verse superbly. He then handed the mic to his girlfriend to keep up the vibe with Lil Kim’s verse, and she wasn’t ready. The audience wasn’t here for the disrespect of one of history’s most memorable verses, and booed them both. Someone in the audience had to give her some help and finish the verse. I caught them outside arguing about it at the end of the night, and the girlfriend said that they were supposed to sing Gucci Mane’s “Freak Girl,” but the boyfriend switched it up at the last minute without knowing that his girlfriend didn’t fully know Kim’s part. Yeah, that wasn’t a good idea on the boyfriend’s part. He had his girl out there looking bad. In conclusion, Trap Karaoke may or may not have destroyed a relationship that night. For what it’s worth, I don’t know the verse either.

I felt like I couldn’t go to D.C. without going to Saturday brunch with bottomless mimosas, so I grabbed brunch at Zengo the next day. Zengo offered unlimited small plates that were of a Latin-Asian fusion. The waiter was phenomenal, and just started ordering all of the “must-try” things for me. My favorites were the lobster-chipotle grits, the bacon-roasted brussels sprouts, and the green tea pancakes. And the mimosas just kept flowing to the point that I was walking in zigzags when I left. Thank goodness for the D.C. Metro as my safe transportation.

I took the Metro to the Congress Heights station and walked the rest of the way to the Broccoli City Festival. The event was hosted on the grounds of a former mental hospital, but there wasn’t a creepy vibe in the air. The lineup for the mainstage was BJ the Chicago Kid, Anderson .Paak, The Internet, Sango, Jhene Aiko, and Future. There was second stage with a lineup of local artists and another opportunity for Trap Karaoke, but I didn’t get a chance to check it out. 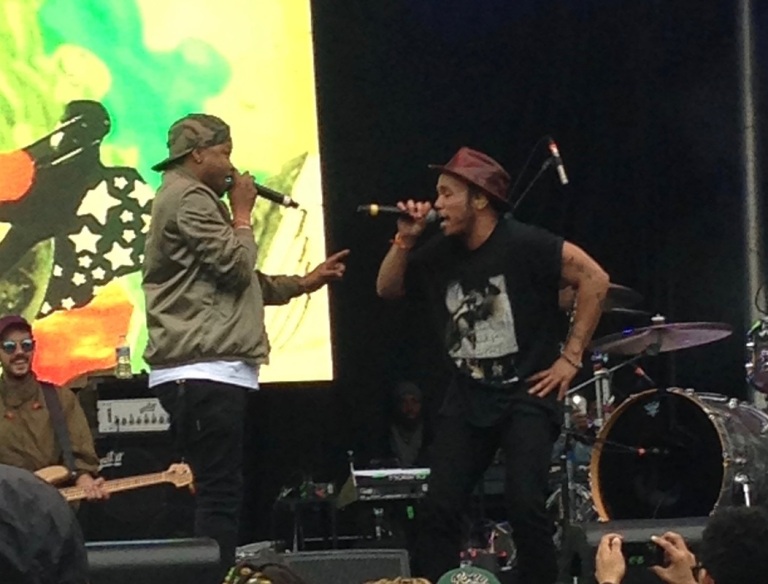 I’m a fan of every artist in the lineup, so I didn’t move from my spot in the crown once I arrived. I didn’t use the restroom. I didn’t get food. I didn’t check out the vendors. I didn’t check out the art. I got invited to meet up with a few people in my travel group for free drinks, and I just couldn’t tear myself away. The main reason I was there was for Anderson .Paak, but I had a great time watching the entire lineup.

D.C. treated me well. I attended Trap Karaoke at an old church, and Broccoli City Fest at the grounds of an old mental hospital. Twas great!