There I was on a bus headed to the Cliffs of Moher from Dublin, and the driver announced that we were about to make a rest stop. I was listening to music on my headphones because there was an annoying teenager sitting behind me, so I only half-listened as the driver spoke. He sounded like he was making jokes about how the rest stop wasn’t like the others; it paid tribute to a very special person in Irish history. Then I heard him say something about Barack Obama, so I knew not to take anything he was saying seriously. Next thing I knew, we exited off the main highway and a red and white sign revealed itself. We were stopping at Barack Obama Plaza.

The volume of discussion increased inside the bus as they noticed the sign. Some snickered and said they weren’t going to get off the bus because the hatred of the former U.S. president was that deep. I smiled with intrigue and rolled my eyes. I frankly didn’t care what the name of the place was. If they named it Donald Trump Plaza, I would have still gotten off the bus if I needed to use the restroom. I didn’t agree with many of Obama’s policies, but a girl needs to relieve herself. Despite some negative banter, just about everyone got off the bus and went inside. The gas station was very nice, clean, spacious, and bright. I was certain that this was the economic center for this area of the country because it was busy with tourists. There was a convenience store with quirky Obama souvenirs, food cooked to order, free wifi, a sitting area with comfortable chairs, and a bit of a museum on the second floor dedicated to various U.S. presidents and their relationships with Ireland. There were also meeting rooms that could be booked.

I was bewildered by the idea of 44 having his own gas station in the middle of Ireland, but he does. And it was for good reason. An ancestry test and a bit of genealogy research revealed that it was in that small rural town of Moneygall, Ireland, where 44’s fourth great grandfather resided as a shoemaker. The Irish took pride in that, and they showed it off with this fancy ass plaza. Obama even made a visit to the area during his presidency, and I was told that his car broke down on the side of the road during the trip. There was a rock on the side of the road commemorating the location where it all happened. Oh, Ireland! Y’all are too much! 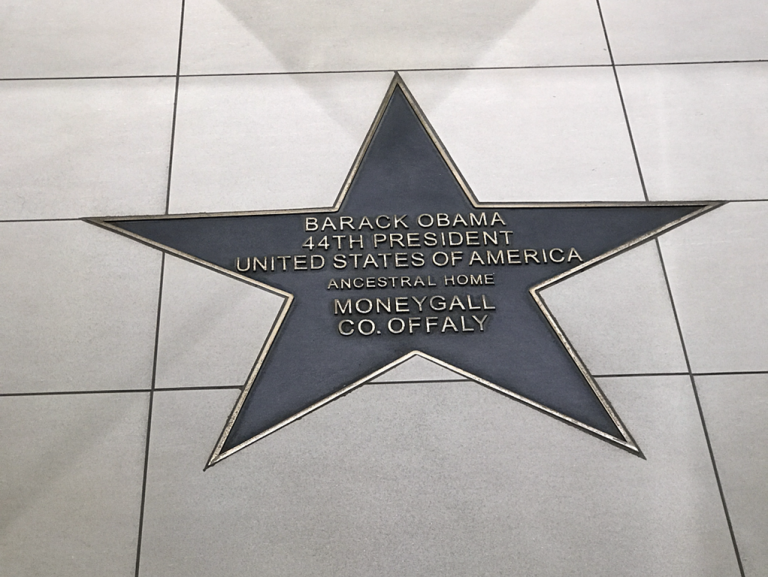 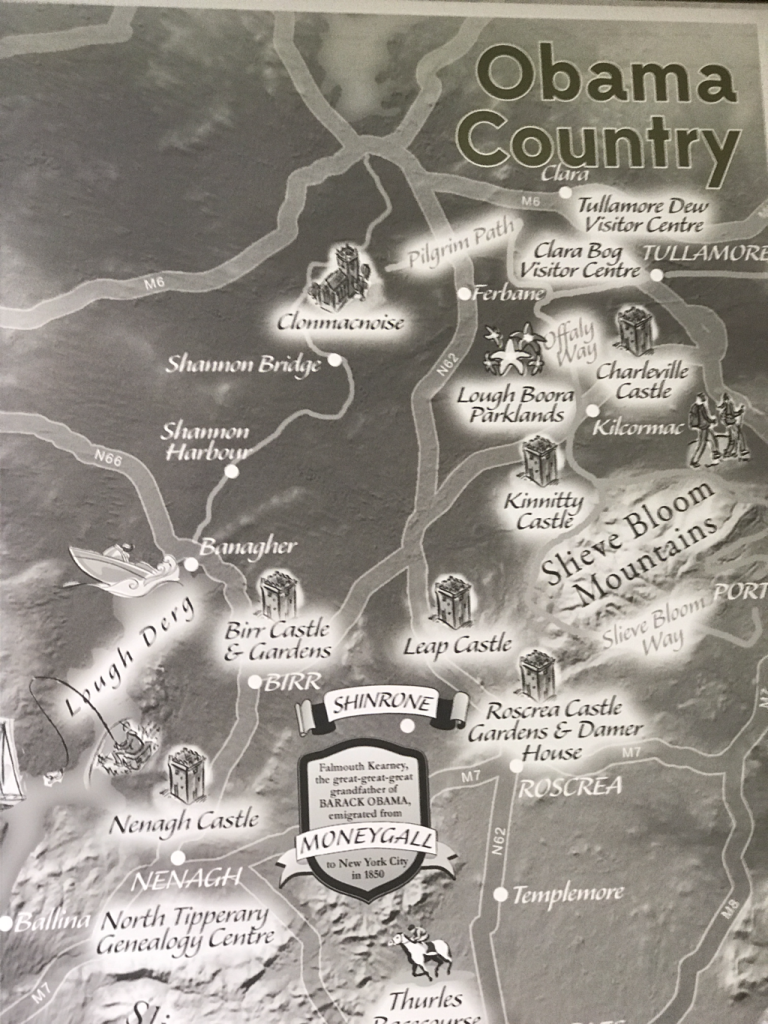 Barack Obama Plaza was a nice little surprise on my trip to the Cliffs of Moher because I had no idea that 44 was so beloved by the Irish. If I was ever traveling to the other side of Ireland, I would make the stop again. However, I wouldn’t make a point to add it to my itinerary.
52.879738 -7.957808
Loyer, Moneygall, Co. Offaly, Ireland