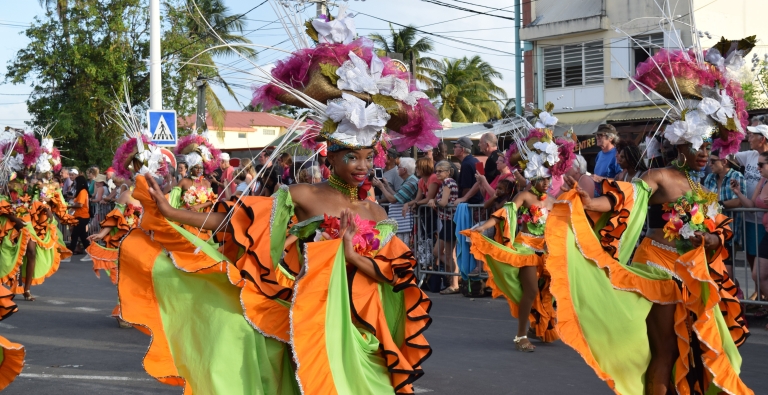 I won’t lie. Guadeloupe wasn’t on my radar at all. I was looking for something to replace my cancelled group trip to Haiti when the opportunity to visit the butterfly-shaped country came along. I spent a short time doing some preliminary research on it’s safety, how easy it was to navigate, and how expensive it would be to visit. Once I was comfortable with the information I received, I booked.

Guadeloupe is a part of the French West Indies, and is made up of several islands. Because of timing, I only visited Grand Terre, but I would love to return to visit other islands in the country – especially Basse Terre for the hiking and waterfalls.

My first day began early as I departed my Airbnb in Le Gosier and headed to Pointe des Châteaux, located at the southeast tip of Grand Terre. It was raining lightly when I arrived, which may have been the reason why there were so few people around. I didn’t expect any crowds, but I imagined that there would be more than a handful of other people. By the time I got out of my rental car and crossed the street to begin the trek to the hilltop, the rain had stopped. I reached the hilltop quickly and captured some of the most breathtaking views.

Departing Pointe des Châteaux, I drove to St. Anne based on the recommendation of my Airbnb host. Apparently St. Anne beach is the place to be on Sundays, as the locals and tourists like to party all day long. I stopped at a local grocery store to purchase a baguette, cheese, and ham for my lunch on the beach, then found a spot at the beach to relax. I may have had Pointe des Châteaux mostly to myself, but that beach was full of French tourists and their Speedos. Although beautiful, St. Anne’s beach was a bit too touristy for me that day.

After baking in the sun for a few hours, I walked from the beach to the main road for the biggest event of the day – one of many parades that lead up to Carnaval. Undeniably, this was the highlight of my visit. Groups from all of the islands flocked to St. Anne for this celebration, and I can only imagine the energy on the day of Carnaval. The costumes were beautiful, the music was blasting, and everyone was having a great time. The parade went beyond nightfall and the party continued to Pointe-á-Pitre. Instead of following the crowd to the country’s largest city, I called it a night and headed back to Le Gosier.

The next day began with a drive northward to Petit-Canal. Here was Les Marches Aux Esclaves, the March of Slaves. The monument commemorates the permanent abolition of slavery, but no current evidence can confirm that slaves walked from the slave ship and up those steps. The scene was powerful nonetheless. From the top of the steps, one can view the ocean just a short walk away. 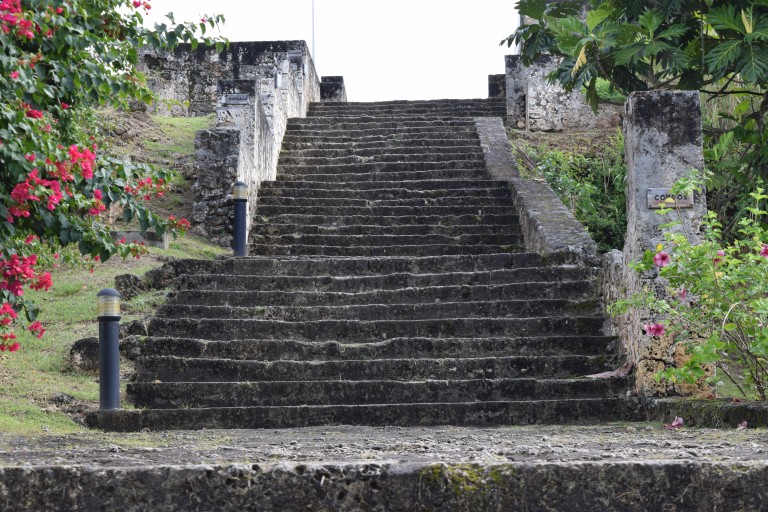 In my travels across the Americas, I find it interesting that damn-near every nation abolished slavery years before the United States did. Guadeloupe abolished slavery in 1794, but it was reinstated in 1802, despite a strong fight against the French by Louis Delgrès and his troops. Slavery wasn’t permanently banned there until 1848, but that’s still decades earlier the U.S. There location has a bust of Louis Delgrès to honor his fight against the French.

On the way back from Petit-Canal, I came across a fascinating site – Cimetière de Morne-à-l’eau. This was a black and white, checkered cemetery near a roundabout in Morne-À-l’Eau, and I had to pull over because I had never seen anything quite like it. It was beginning to rain, so I snapped a few photos and headed back to my rental car. 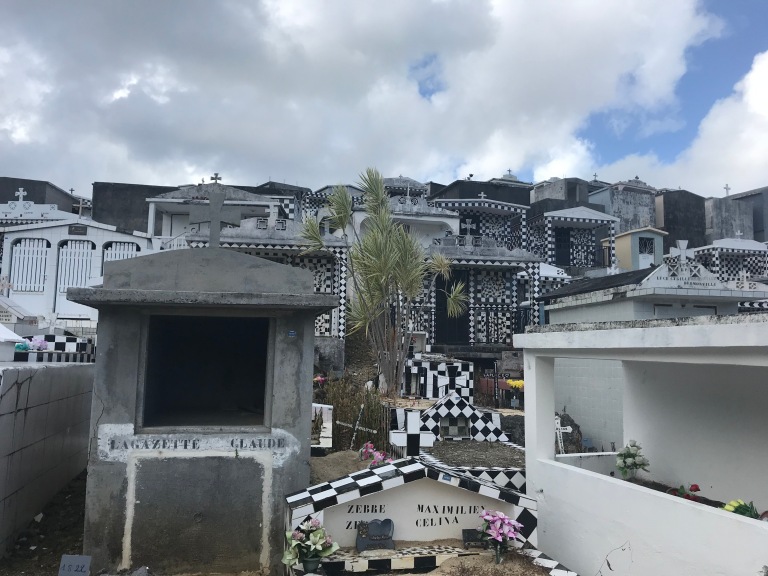 I made my way to Pointe-á-Pitre to stroll the streets and grab some dinner. The streets were narrow and it took me a while to find a parking spot. I eventually found a spot next to a man selling musical instruments made from a conch shell. Vendors in the main square were selling fresh produce, fish, and spices. I browsed the small shops selling clothing, shoes, and souvenirs. A few locals tried to start a conversation with me, but my French is nonexistent, and Google Translate was to much of a burden to even try to use. I just smiled.

I noticed newly-opened Mémorial ACTe, a contemporary museum that focuses on the slave history of Guadeloupe and its indigenous peoples. It was closed that day, but I would have loved to visit. Overall, I left unimpressed with Pointe-á-Pitre, and relieved by the fact that I chose not to purchase lodging there. There was no particular reason for me to have those feelings, but it felt more lifeless than St. Anne or Le Gosier, despite being the biggest city.

The following day began lazily. It also ended lazily because that’s what one does on a gorgeous island. I lounged around my Airbnb for a while and chilled outside in a hammock before deciding to drive to the marina for a leisure stroll and lunch. Not to much was happening there, so I grabbed a few snacks, thought about going to the beach, decided against it, and headed back to my Airbnb for more hammocking.

My only regret about Guadeloupe is that I didn’t stay longer. Because the country wasn’t on my radar, I was unaware of the greatness that awaited me on the small island. A second visit is needed for me to spend more time gallivanting across each of the islands, and I would love to do it during Carnaval week.